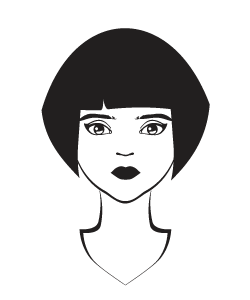 When I began thinking more seriously about car issues, it occurred to me that there were a few things I needed to do if I wanted to make things easier for myself in the long run. For starters, I began taking my car in for regular auto service, which really helped out. It was really interesting to see how many different things had to be fixed every time I went in, but when my car didn't have as many problems, I could tell that it was really paying off. This website is all about understanding and preventing car problems by making better choices.

Want a Recreational Vehicle? Why You Should Get a Fifth Wheel

Owning a recreational vehicle (RV) means you have the freedom to hit the road and go wherever you want to at a fraction of the cost. No more paying for expensive hotel rooms or laying out the cash to cover pricey restaurant meals. You'll have your food and lodging right there in the RV and can travel to your heart's content without busting your wallet. As you consider your options, you might be leaning towards getting a larger, motorized RV. However, it might be worth your time to take a look at some of the reasons why a fifth wheel is the better choice.

Save Money without Sacrificing Amenities

When you tour a motorized RV and a fifth wheel you will probably notice that the only difference between the two is that the former model has a driver's cabin while the latter version does not. Both still have the same large amount of space, dining area, and sleeping quarters. You should also note that the fifth wheel usually comes in at a much lower price point, which is something to think about.

Motorized vehicles come with a whole slew of maintenance issues that you just don't have to deal with when you are working with a motorless vessel. All of this needs to be factored in when you're trying to decide which RV to go for. Are you prepared to pay for the price of repairing the engine on a motorized RV? It takes a specialized technician to diagnose and fix issues related to RV's because the technology used to make them might be different than your standard passenger car. It might be much better for you to get that towable fifth wheel that does not have a motor because it's probably going to save you much more money for long-term ownership.

Since the fifth wheel doesn't have a motor you will probably feel much safer purchasing a used fifth wheel as opposed to buying a traditional used RV. No motor means that there will usually be fewer hidden mechanical issues to worry about fixing once you've actually signed for the vehicle and taken ownership.

You can take your fifth wheel out on the highway and have a great time parking it at various campgrounds. The adventure awaits; now is the time for you to buy your fifth wheel trailer and see the country in a whole new way.